Three racecourses you should visit now restrictions are relaxed

Britain has a long history with horse racing dating back beyond Charles II's dalliances with Nell Gwyn on Newmarket Heath. The grandeur and elegance of some of the famous events capture the imagination of the public evenamong those that are not enthusiasts. The social aspect of a day at the races as you cheer on the horses that you’ve bet on is unique, and has been broadly welcomed by everyone returning to the racecourse after Covid restrictions have been relaxed.

And for those who can’t make it to the big event, there are often betting pools or sweepstakes at work or among friends which drive up the hype. The Grand National office sweepstake is a ritual among very many employers. Across these pages, we've extolled the virtues of the big events on numerous occasions, but as we approach the summer months, here are some quirky examples that will test both your map-reading skills, but also your preconceptions about what makes a good race meeting.

Three more fixtures punctuate June to conclude a sparing season at Cartmel this year, on June 2, 25, and 27. This is a racecourse like no other.

Dating back to the fifteenth century when monks from the local priory raced mules, the history of Thoroughbred racing is more Victorian in nature. For nearly 100 years, Cartmel was a single annual fixture in the style of a Point-to-Point, and truth be told, that atmosphere has never been let go. Cartmel is the better for it. The average gate of around 13,000 puts plenty of metropolitan courses to shame. The course draws townsfolk from Manchester and Blackpool looking for a day in the picturesque Lakes, and they're rarely disappointed. 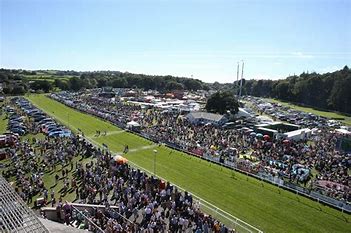 Until the 1960s, this atmosphere translated as a venue where professional jockeys were rarities; this was strictly a domain for the amateur. And before the days of mainstream TV, this allowed Cartmel to be the venue for one of the biggest attempted betting coups the sport has ever known, when Gay Future, a half decent performer previously with Edward O'Grady, won a race in which two rivals had been withdrawn, ostensibly due the their horsebox breaking down en route. On further investigation, it transpired the horses had never left home, at which point journalists and bookmakers smelled a rat. Although the perpetrators of the coup drew around £2.5m, the authorities also had them up, and they were barred for life.

Nowadays, the quality of racing is much improved. Brian Hughes and Donald McCain share top honours for leading rider and trainer, but this is also a course where specialists thrive. Diane Sayer's Beeno has won no less than 6 of his 10 outings here.

A word of warning however. Allow good time; the village of Cartmel is approached by small rural roads and whilst a park and ride operates for the races, squeezing a raceday crowd into a tiny lakeland village is a recipe for delays.

Whether you want to take a punt on one of these horse races or any other horse race in the United Kingdom, you will not get far without some insider knowledge. Sometimes, the right information from the right tipster can essentially mean a free bet. It is not often a good tipster is wide of the mark and you can check their credentials in the Racing Post's Naps table.

In fact, some of these tipsters are very well known in the industry. Peter Scudamore is an eight-time Champion Jockey while Alan Kelly has been involved in the industry for just shy of 50 years. These guys know their UK horse racing. When they reveal predictions or horse racing tips, most sit up and listen.

Perth has enjoyed a renaissance since the advent of a better Summer Jumps programme, and the arrival of the late and much lamented Sam Morshead, whose personal charisma and charm did much to draw the big names from Southern stables to enjoy its unique Scottish hospitality.

The Perth Ferstival, this year restricted to owners only, is just one multi-day fixture in a busy calendar of highly competitive and valuable racing set in the grounds of Scone Palace. Racing from April - September, there remain another 12 days to enjoy this eclectic venue that first opened on the current site in 1908, and lays claim to be the northernmost racecourse in Britain.

CEO Hazel Peplinski took over the role on Sam Morshead's retirement, and is ably assisted by Harriet Graham, whose chaser Aye Right has been thrilling racing fans in all the top handicaps. 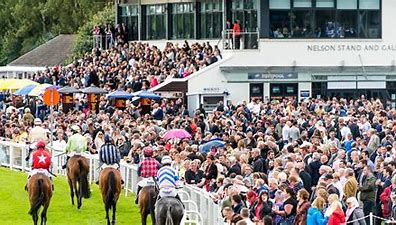 As if to illustrate that Perth draws runners from across the UK, the leading trainers include Gordon Elliott and Fergal O'Brien, as well as the more local Lucinda Russell, whilst Brian Hughes' dominance was challenged by Herefordshire Richard Johnson until his retirement this Spring.

The Northumberland racecourse is something of a throwback, where the year's feature event is the Heart of All England Cup, a Hunters Chase, trading on the racecourse's roots in the rural community. As a late Victorian invention, the course was established by Charles William Chipchase Henderson, colloquially known as CWC, who planted and nurtured the unique beech wings that define the steeplechase fences. Immersing yourself in a Hexham raceday, it remains quite possible to imagine oneself in an episode of Downton Abbey.

The racing is never top flight, not does it masquerade as such. And at 600ft above sea level, the advent of Summer racing has allowed the course to runa full 15 day fixture list rather than cancel every third meeting. Brian Hughes and Thomas Dowson lead the riders' honours board, whilst Lucinda Russell and Micky Hammond the trainers'. 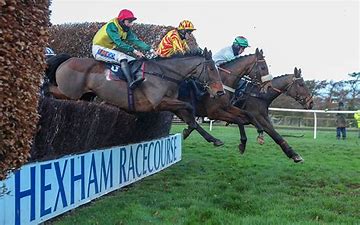 If you've never visited this part of the world, then the extraordinary scenery of the Pennines, with Hadrian's Wall running along it, make for a perfect weekend getaway.