The 640 mile round trip from Ravenswell Farm to Kelso Racecourse on the River Tweed proved well worthwhile for Fergal O'Brien yesterday, as he maintained his relentless winning form with a double at the Borders track.

Kiruna Pike in the Novices Handicap Chase (Run 4 Won 2) and 4 year old Maiden All Clenched in the concluding Bumper made the journey home a little sweeter for Gloucestershire's most affable trainer. Both were ridden by Paddy Brennan, riding his 22nd and 23rd winners of the current campaign and his 1,255th in total. Brennan has ridden more than twice the number of winners for O'Brien than his nearest other supporting trainer, a remarkable 242 winners since 2000-2001. 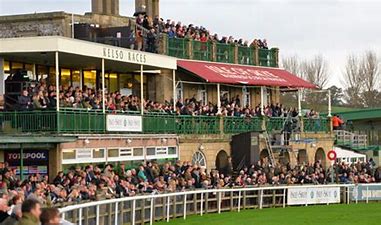 In July I wrote in this column about the meteoric start to the season by O'Brien from his new base outside Withington, just a few miles from the racecourse at Andoversford. July reaped 10 winners from 35 runners, August 9 from 38. In September, barely half way through, the pace seems to be increasing, with 7 winners on the board already at a strike rate of 37%, that even the Nicholls and Hendersons of this world can only dream of.

Compare this to the corresponding period in 2019, when July-September harvested a meagre 4 winners from a much lower total of runners.

O'Brien has a history of autumn success. In each of the past 4 seasons, November has consistently been a month with the highest number of winners, and more importantly, the highest win-runner ratio. This trait also manifested itself when he was assistant to Nigel Twiston-Davies at Naunton. Put simply, their horses were fitter earlier to compensate for a lower quality to the bigger souther stables of Henderson, Alan King, Philip Hobbs and Paul Nicholls. It's hard to get a look-in once the big Saturday races start rolling in each week like Atlantic breakers.

It's an immense credit to the large number of trainers in the county that they have successfully built Gloucestershire into a thriving hub for the Jumping game. Well over 400 horses are trained for Racing under Rules within the county boundary, perhaps 10% of the total horse population for Jump racing - not bad for an area measuring just 1,216 square miles.

But whilst the professional cadre that supports the sport is not wholly reliant upon the importance of Cheltenham at the heart of the county, everyone, from spectators to those employed within the sport, is looking nervously to the test events with spectators over the coming week. The clock is ticking to Cheltenham's opening Showcase fixture in late October; without crowds and the spectator income that accompanies them, the forward impetus Cheltenham has provided to the sport over the past 40 years will stutter, and the trickledown effect will be felt throughout Britain and indeed Ireland.

It's fingers and toes all crossed that crowds can return across all levels of the sport.